Plant a tree in memory of Tony
An environmentally-friendly option 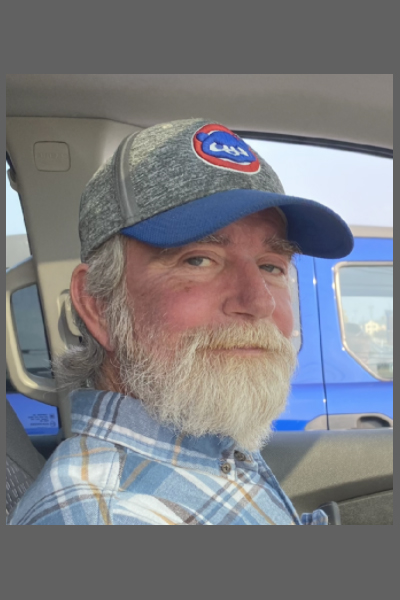 Mishawaka, IN-Our beloved Tony L. French, 62, passed away on Thursday, April 15, 2021, in his home surrounded by his family.  Tony was born in Wayne, Michigan to Curtis E French and Carlene (Don) Lambert.

Tony is survived by his wife, Gloria, his soulmate and the love of his life.  His son, Damien E. French; a daughter, Whitney (Charles) Filley; 4 beautiful grandchildren whom he adored, Dawson French, Keegan Filley, Lilah French and Kyson Filley; brother, Randy (Sheri) French; sisters, Kim (James) Reeder and June Bridegroom.  Tony is preceded in death by his father, Curtis.

Tony was known for his unstoppable work ethic and straight to the point conversations.  The calluses on his hands showed what a hard worker he was and taught his children the same work ethic.  Tony was a passionate man when it came to his Harley, and antique motorcycles, but when Tony became a grandfather it was more obvious what his true passion in life was.  Whether it was baseball, football, wrestling or softball, he was there every day, rain or shine for his grandchildren.

Tony made an impact on everyone he met and will be deeply missed.

He never looked for praises

He was never one to boast

He just went on quietly working

For the ones he loved the most.

His dreams were seldom spoken

His wants were very few

And most of the time his worries

He was there….A firm foundation

Through all our storms of life

A sturdy hand to hold on to

In times of stress and strife.

A true friend we could turn to

When times were good or bad

One of our greatest blessings

The man we called Dad.

The family would like to extend their appreciation to the doctors and staff at Center for Hospice for their compassion and care during Tony’s final days.

Per Tony’s request, there will be no formal services at this time.  A Celebration of life will be held at a later date. Hahn Funeral Home has been entrusted with handling the arrangements.

To leave an online condolence or to share a memory, please visit www.hahnfuneralhomes.com.

Plant a tree in memory of Tony by clicking here.
To send flowers to Tony's family, please visit our floral store.

A service summary is not available

Plant a tree in memory of Tony
An environmentally-friendly option

Plant a tree in memory of Tony

8 trees planted in memory of Tony

Our thoughts and prayers are with you
Jeff and Dawn Name

Gloria I love you and I'm sorry for your loss. I am going through what you went through right now with Daryl. Tony was a loving husband and father I watched him with Whitney and Damien.
Angel Derickson

A Memorial Tree was ordered in memory of Tony L French by Angel Derickson.  Plant a Tree

Gloria,,so sorry for the loss of your mother and now your husband. Condolences to you and the family. Peace be with you.

Plant a tree in memory of Tony